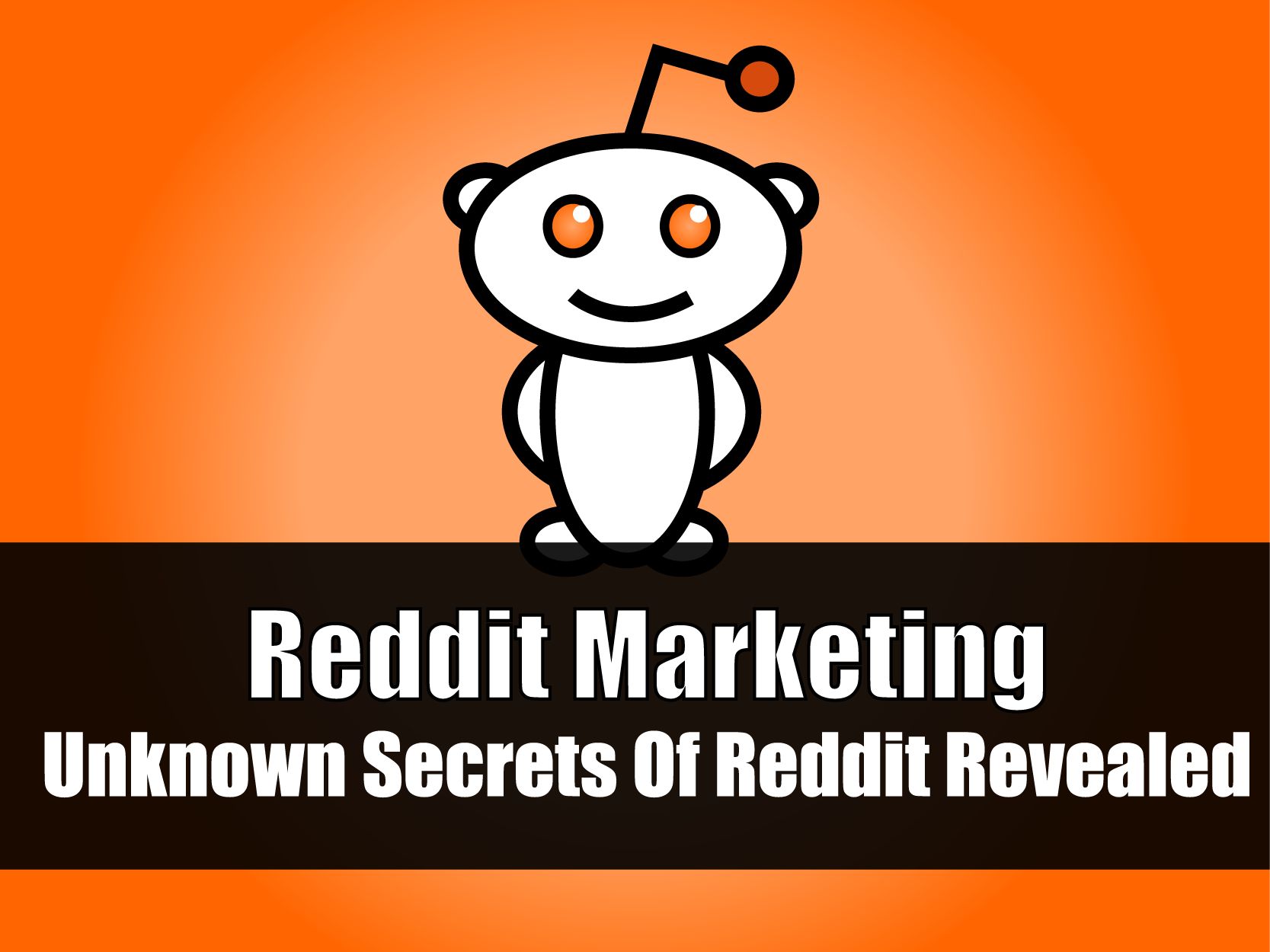 Do you know Reddit is one of the largest and most diverse online community. Reddit is filled with millions of people who have separated themselves into various subreddits based on their interest. As I know there is a subreddit that applies to apply to every kind of business. Now a days most social media marketing is a grind. With Facebook, you always have to spend some bucks to get likes, and this likes are of no value as Facebook is killing organic reach of business pages.

It’s very tough for a small business, blog, marketer to Log on to Facebook, Twitter and drive 10,000+ page views a month from beginning until you have huge cash to spend. What is Reddit, and Why should you use it ?

Reddit is very different among all other social media, it is quite simple. Reddit is a platform where people share interesting things they find on internet. When something is submitted it will get  “Upvoted” or “Downvoted” As any submission get some upvotes, it will be over the “Hot” Page.

NB : In short more upvotes your submission get, more visibility it gets.

Difference between Reddit and other social platforms, is with very few submissions you get insane traffic, immediate access to users. Suppose you have a post and you think it will go viral, when you shared that post on Facebook only few people your friends, fans will have access at first or You can buy ads on Facebook and still a fraction amount of people will have access to it for whom you will pay.

No one else is going to have access to it until, your post get likes, comments and shares. Sames goes with twitter, when you tweet something it will be visible to your followers and out of them only few will see it.

Reddit is different anyone can submit anything from anywhere. There are some rules and regulations which are there but are not applicable until you post something stupid. Every post have to be submitted in subreddits (Sub-Communities), and the front page of reddit gathers the best post among the whole submission from the most popular subreddits. So it means, whenever you post something, you have immediate access to all the users of subreddits, although you need upvotes to have more visibility. This is the reason I say “Reddit is the Best Viral Engine in existence”.

There are few key points you should keep in mind when marketing on Reddit :

1. Be relevant : Submit your content on relevant subreddits for more visibility.

2. Provide Value : Reddit is all about providing value to users, if you think you will submit your link to landing page and get upvotes, then you are wrong.

3. No tricks, No tactics : Reddit works on totally different algorithm so any trick will not work in getting your post on front page.

General rule that work on Reddit marketing is that you should submit one link out of ten from your website. The actual users of site will go through your profile and downvote if they found you are using Reddit for self promotion.

Reddit have zero tolerance policy when it comes to ban peoples. Even if they got small hint someone is spamming the site, they will ban that person without notice – no question asked. It can even go worse if that account is associated with any website, they will sometime ban that website from ever appearing on Reddit. All they need is any user to report you, that’s all.

Some stuffs which get banned :

Reddit is the 1st and one of the best community which gives high value to intelligence. Smart and Good Content reach the top but gathering thousands of upvotes, while Dumb content don’t even pass the first couple of Reddit users.

Even I don’t know why but long title which provide lot of information about the content work the best and comes in front page of Reddit. Reddit provide 300 words space for title which is enough to explain and write full sentences.

So Write Long Title and include numbers if possible. Be honest try to be natural avoid sounding like marketers. Below are some of the examples which work best :

Redditors try to sound like they are talking and sharing to people not business, so try to be like a redditor.

5. There is subreddit for everything :

There are subreddits for engineering, funny, gifs, random thoughts, jokes etc there are many many subreddits.

6. You need a decent natural profile :

If you don’t want to get banned from Reddit, then you have to create a natural looking profile. Making natural profile doesn’t make your link stronger but it will save your from getting penalized.

1. Upvotes determine If a link is nofollow or dofollow :

When you 1st post a link to Reddit it will nofollow after getting certain number of upvotes it turned to dofollow.

Here is an example below :

These links are dofollow and they have few upvotes too.

While this links are nofollow with no upvotes

In most of the subreddit, a submission need only 5 upvotes to change from nofollow to dofollow link. While in some of the subreddits it took more than 5. Same work for the comments.

Basically there are two types of post on Reddit Link posts and Text posts. Link posts are only the links to external websites while text posts hosted on Reddit.

3. Only upvotes from real, aged users seemed to work :

In initial days I tried to manipulate Reddit upvotes, but I got banned immediately but I learned few things. To get upvotes I have create 10 profile to upvote my submitted links, but it seems to work from my end only but to the rest of the world, they will neither appear at all.

So creating bunch of fake account to get upvotes, will be of no use. You need is a real account to upvote your links naturally.

Karma in Reddit doesn’t matter at all. It is good to have some karma, but it doesn’t put any effect in success or failure of your posts. So don’t spend time building karma.

In all I would say, if you can learn how to drive traffic from Reddit, then you might end of generating lots of traffic and money from your blog, website.

My Secret of Getting High PR Reddit Dofollow Backlink

I got some High PR dofollow backlinks from Reddit using this secret strategy from last few months and really it work like charm and also it is too easy. Share it to Unlock the way to get do follow backlink from Reddit.

[sociallocker] Basic Principle : You need to create an extremely useful post in relevant subreddit so that it attracts links on it owns. You can also build links to your submitted text post on Reddit, to increase its PR quickly.  Go back and add your link after few days to get dofollow link from it.

NB : You can go through the top post of that subreddit to get some ideas, about what tends to do well.[/sociallocker]

I am not alone who is using Reddit for marketing there are so many, I am also not so successful, there are so many strategies out there one have to try them and found what work best for you. Let me know if you face any issue. Don’t forget to share this post with your friends. The PDF format is quite popular. That might even be the understatement of the year considering the kind of benefits you can get from using PDF. That being said, a… Marketing generates revenue for a business. When it comes to online business social media plays a crucial role by giving a great platform for promotion and marketing of your products… Now a days Most of us use Instagram, as it is one of the best image sharing social sites widely used across the whole world. Not only it allow sharing… With the speed of development of the Internet technologies and the Web, it’s not surprising that most businesses take care of their online presence, developing and implementing various strategies to…